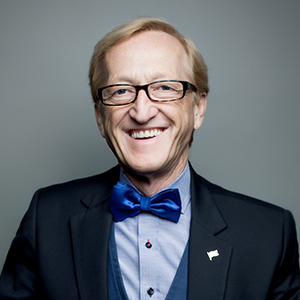 Douglas K. Prescott received his Master of Education Degree with a specialization in School Administration, his Principal’s Certificate, his Bachelor of Education Degree and his New Brunswick Teaching License all in the province of New Brunswick, Canada. Mr. Prescott has also received certification from the National Association for Secondary School Administrators (NASSP) a program for assessing future principals and vice-principals; he holds advanced training Certification from the PLC Coaching Academy in establishing Professional Learning Communities and holds Level 2 Threat Assessment Certification.

Education is a caring profession— students need to know we care for them and their learning before they fully engage in the learning process. Teachers must show their human side of respect, tolerance, and understanding while using the curriculum as a means towards higher learning. He believes that by attaining a quality education students will have endless possibilities as long as they continue to be lifelong learners. Mr. Prescott firmly believes that education is a serving profession and he lives by his motto which states: “Only a life lived in service to others is a life truly lived worthwhile. As educators, we are privileged to touch a piece of eternity every day as we work with children of all ages on their journey towards adulthood and responsible global citizenship!”

Mr. Prescott has worked in the education field for almost 34 years — in schools in Canada, Bangladesh and China. He has worked at all levels — as a teacher, athletic director, counselor, coach/tutor, vice-principal, district-wide supervisor and Principal/Head of School.

His career is comprised of:

Selected to serve on a liaison committee for the World Junior Track and Field [Athletics] Championship held in New Brunswick, Canada.