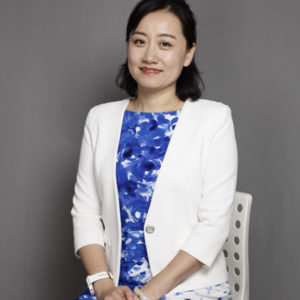 Vivien Wang, Principal of CISB’s Jianguomen Kindergarten is a certified principal and PYP trained teacher. During her time at CISB’s Liangmaqiao campus, from 2006 - 2015, she taught Mandarin at various grade and language levels. She also served as the CSL Department Head during the 2014-15 school year. Ms. Vivien began to work as the Principal of CISB’s Kindergarten Campus in Jianguomen in 2017. Children love Ms. Vivien for her enthusiasm in the classroom, while parents like to communicate with her as she is always a good listener and gives wise advice. She is working collaboratively with the community to help CISB’s Jianguomen Kindergarten Campus grow and be successful.